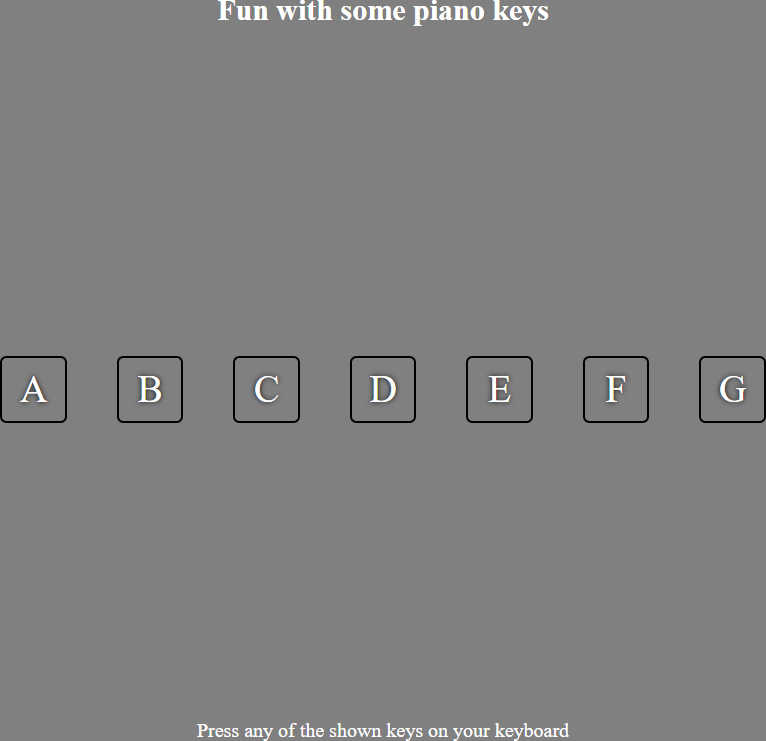 Challenge began today. Got to play with some CSS transitions and DOM manipulations through JS. At the beginning, it seemed hard to do, however as I began to layout out the program, it became simple.

For my version, i used piano sounds so the displayed keyboard keys also correspondend to the name of the piano note played and it saved me some extra writting.

Once i had all the steps defined logically, it was just a matter of writing it in javascript. All in all, it was a fun and interesting project.

There’s room for expansion on the project so feel free to contact me on twitter if you’d like to contribute or just to chat. You can find the code here.